Mojo Pizza is an Indian pizza (delivery-only) brand, incorporated in 2017. It takes online orders through its app and website. It claims to serve double toppings on their pizzas.

Pizza eaters all over the country were tired of dealing with the ‘lack of toppings’ in a Pizza. Mojo Pizza solved this very problem by introducing its pizza with 2X Toppings. However, the crucial thing for the brand was to reach the relevant audience by building awareness for both the brand and its offering.

One big piece of the objective puzzle for Mojo Pizza was to reach not only maximum people but also reaching the right people, at the right time, and with the right messaging.

The entire plan was curated by keeping an “Effective Reach and an optimum level of frequency” in mind. This effective reach when coupled with an optimum frequency of the brand aimed to deliver something that the Brand Mojo Pizza has been chasing – Building Awareness in the minds of Potential consumers along with an opportunity to get some quality conversions as bonus.

In essence the objective:

The team at ET Medialabs landed onto a strategy that not only addressed the immediate objective but also served as an answer to what’s next after increased awareness.

To fill top of the funnel with Branding efforts thereby refueling the clogged Bottom of the funnel for the brand that will result in Higher NCA, Lower CAC and also Higher LTV

A combination of Youtube + UAC + UACRe + Insta Reels were deployed.

Youtube effectively took the heavy load of reaching out to our TG with 6 second bumper ads and 20 second non-skippable ads because of its high retention value. A master brand film of 20 seconder featuring Yami Gautam was further deployed as 6, 10 and 15 seconders on Instagram to achieve the set objectives.

One major intervention that the team ETML took that resulted in instant results was the use of video only app campaigns alongside Youtube for Branding. When google zero down an audience, it’s a given that the filter of being relevant to the brand will be checked upon. The UAC campaign that ran parallely performed better both in terms of Branding and Performance.

While UAC provided with large inventory & automated users, the re-engagement campaigns helped us retarget our users with Yami Gautam convincing them with our offerings.

Instead of beating around the bush on FB, we went all out to capitalise on Insta Reels+Story, since our major TG (18-21 yrs) are having fun with reels, which provided us with quality users and further optimize the future campaigns for the lower funnel event of installs and eventually purchase with a lower cost per purchase.

By marketing to today’s sophisticated youth in a multi-channel manner, Mojo Pizza witnessed a whopping 23% increase in Brand impressions to the last quarter(April-June).There was a 14% increase in clicks while the brand managed to keep its CTR intact despite there being a massive increase in the search volume. UAC video only campaigns performed well and its conversions & reach metrics were good.REACH (GOOGLE): 2 crore+ | REACH (FB): 1 crore

“The team at ET Medialabs consists of bright, talented, and data led individuals with a sharp business acumen that makes for a combination that is a delight for any marketer to work with. The team has ‘growth’ at the core of everything they do and we worked together flawlessly to reach the right audience at the right time, through a combination of YouTube+UAC+Instagram, to increase brand awareness for Mojo Pizza.” 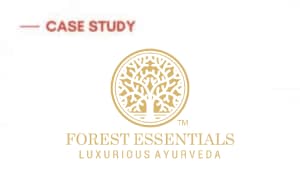 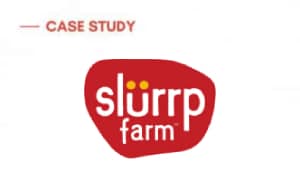 Getting it ROIght through Growth Advertising for Slurrp Farm